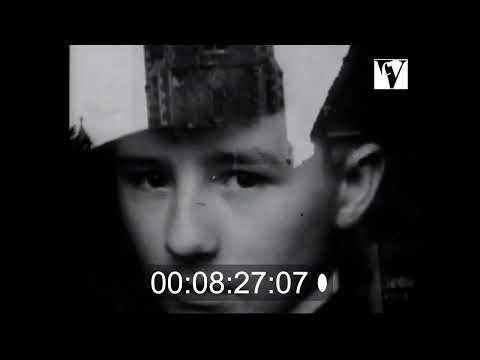 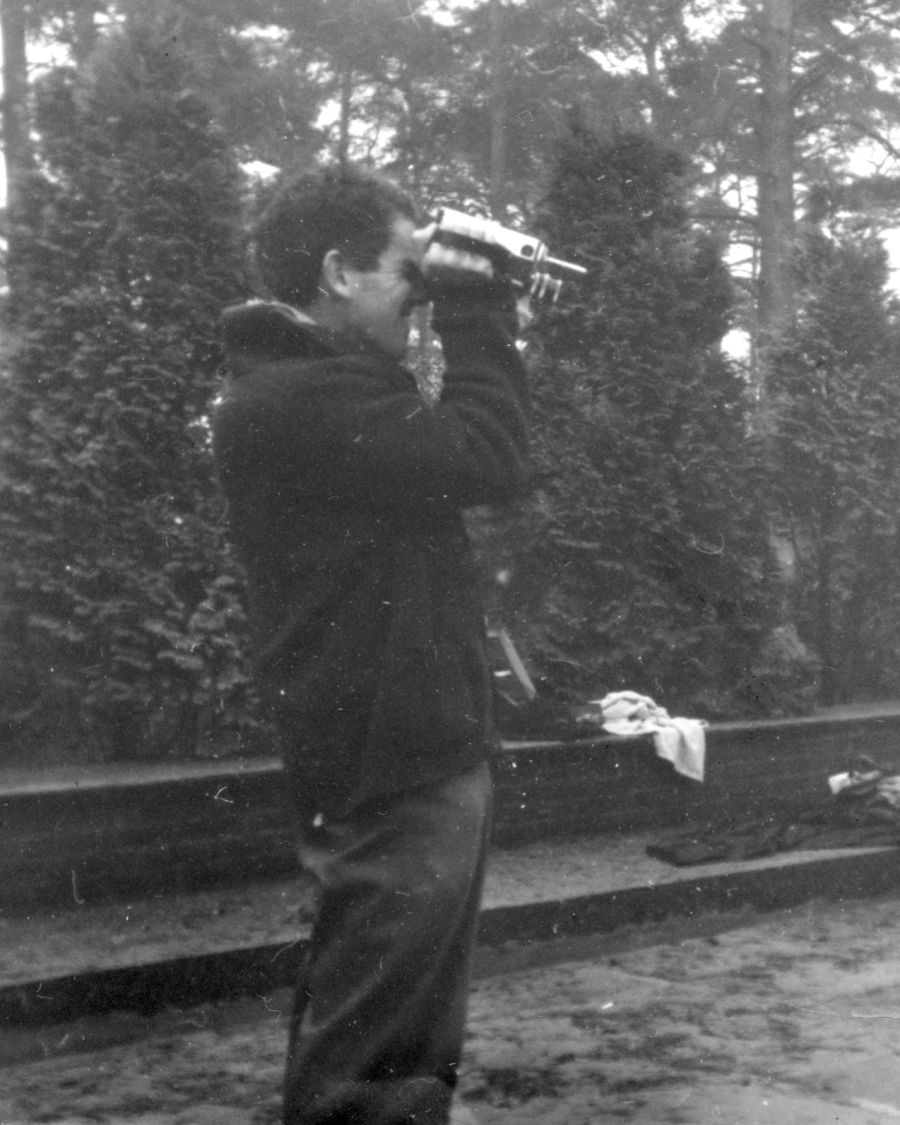 When I completed my year at the girls’ school in Turin, I did a tour of Italy down to Florence on my Lambretta, and then home. In England, I took a job as a supply teacher, teaching at various schools that lacked a teacher. I finally ended up in my old school, Wallington County Grammar School, where my old teacher was head of the English Department. He had a fairly good opinion of me, since I had gone on to Oxford. I remembered him as an excellent teacher.

I was teaching English to 12-year-olds, and at one point, to liven things up, I set the boys as essay subject “Tortures for a Hated Teacher”. I thought this would spark some ingenious writing, but was deeply disappointed in the lukewarm results - the boys apparently did not harbour deep resentments.

However, my old teacher, now Department Head, was furious, and admonished me about the subject I had set - “never again!!”

There must have been some residual anti-teacher feelings in me (although I don’t remember ever hating any of my teachers, even those who would give me the occasional slap around the head), because I did not let the matter drop entirely. Disappointed with what the boys had written, I decided to make a film. 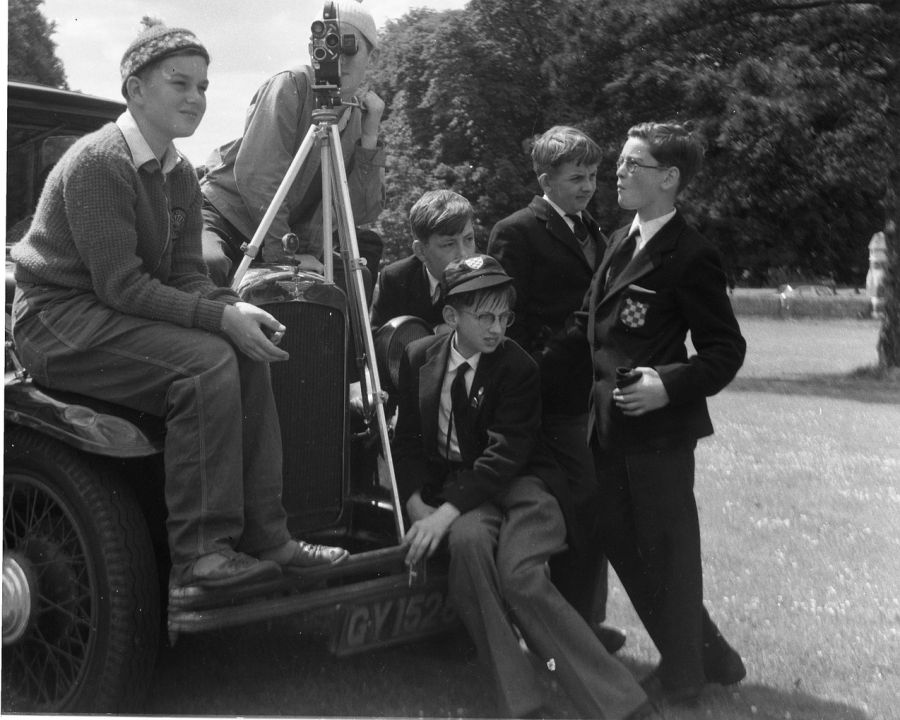 One of my pupils had a father who worked for a film company, Merton Park Studios, and he agreed to edit my film, and recruited a cameraman with a 16mm Bolex camera to shoot for me. So, I drafted a script, found two lead boys, and shot the film over a couple of weekends in my classroom and the adjoining graveyard. The script was about two boys who plot to murder a hated master by drowning him in a nearby swimming pool - I played the master when he is dumped in the pool, otherwise the role was taken by the film editor. The story ends by being turned into a fantasy, a revenge dreamed up by the boys. It was a lot of fun for all of us. 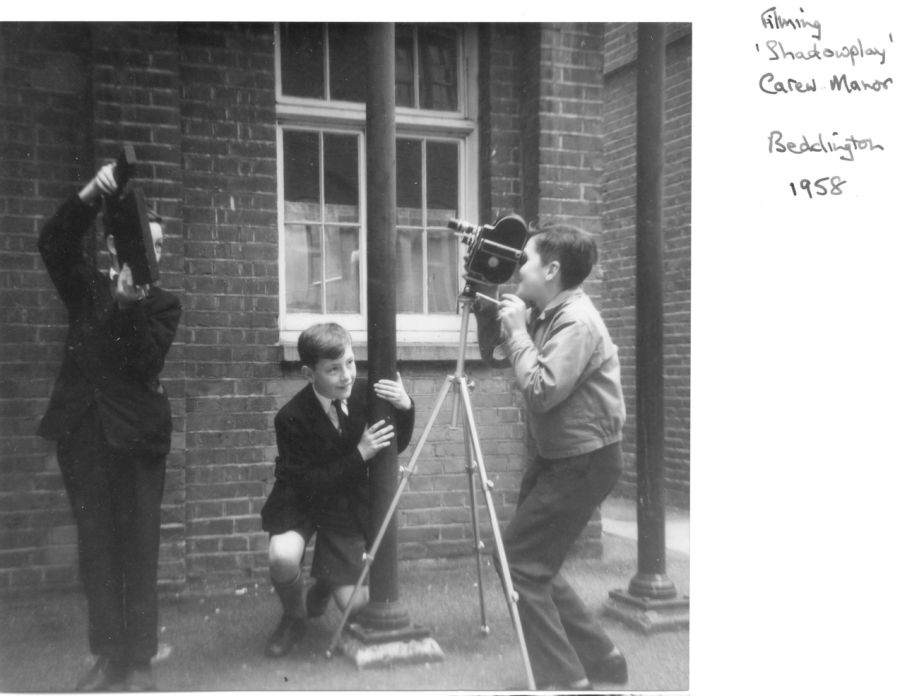 It was perforce a silent film, some friends composing excellent musical accompaniment. It was called Shadowplay - my first film… 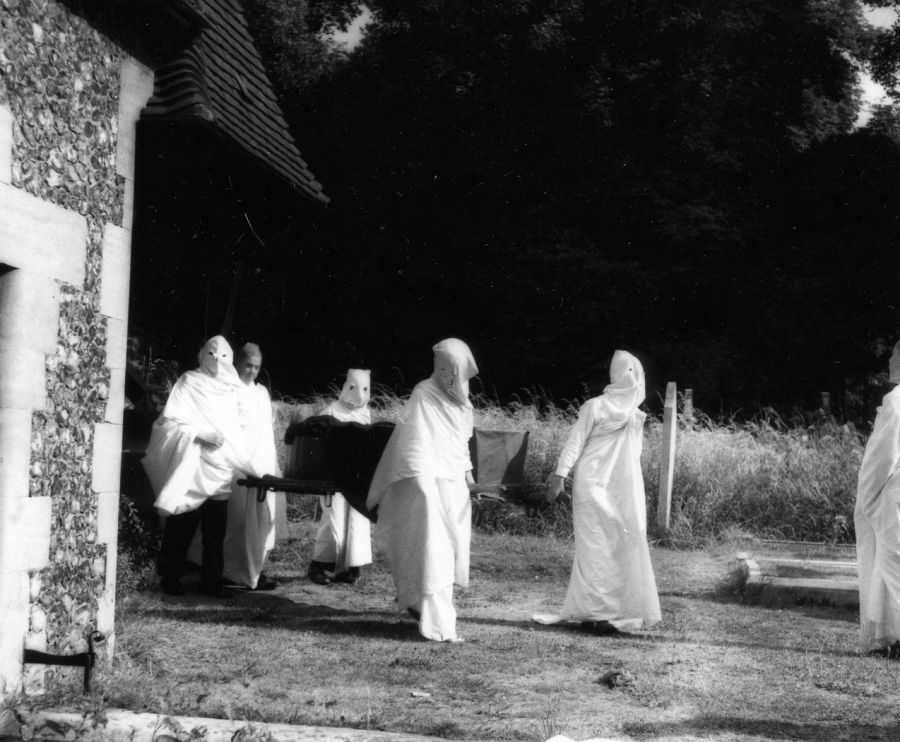 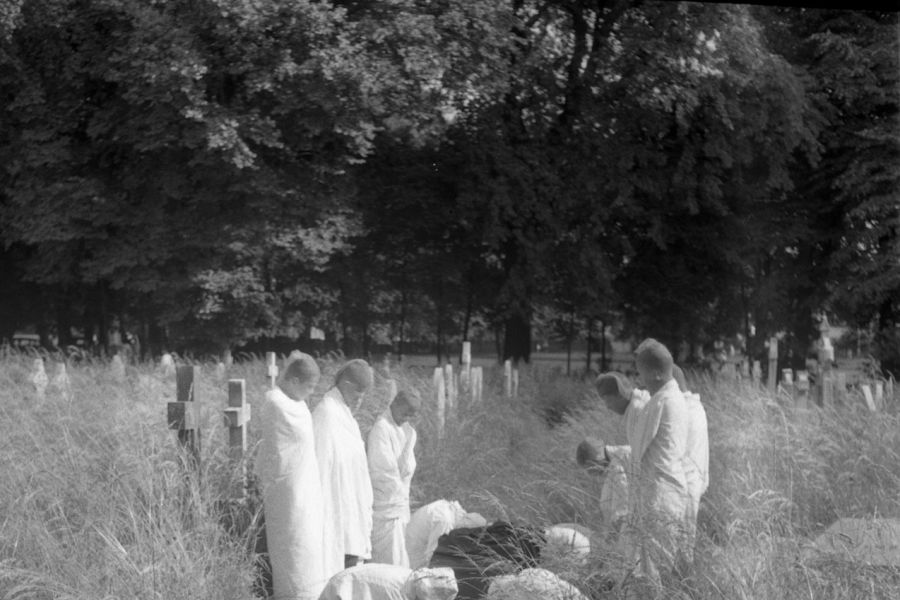 The film drew some approbation in amateur film circles. And it pulled me out of teaching into the film world, where I had always wanted to be; I started work at Merton Park Studios as an apprentice assistant editor - you could not get any lower in the editing ladder or in the film business. I never again attempted to produce a fiction film; I got into documentary, which I found much more satisfying. 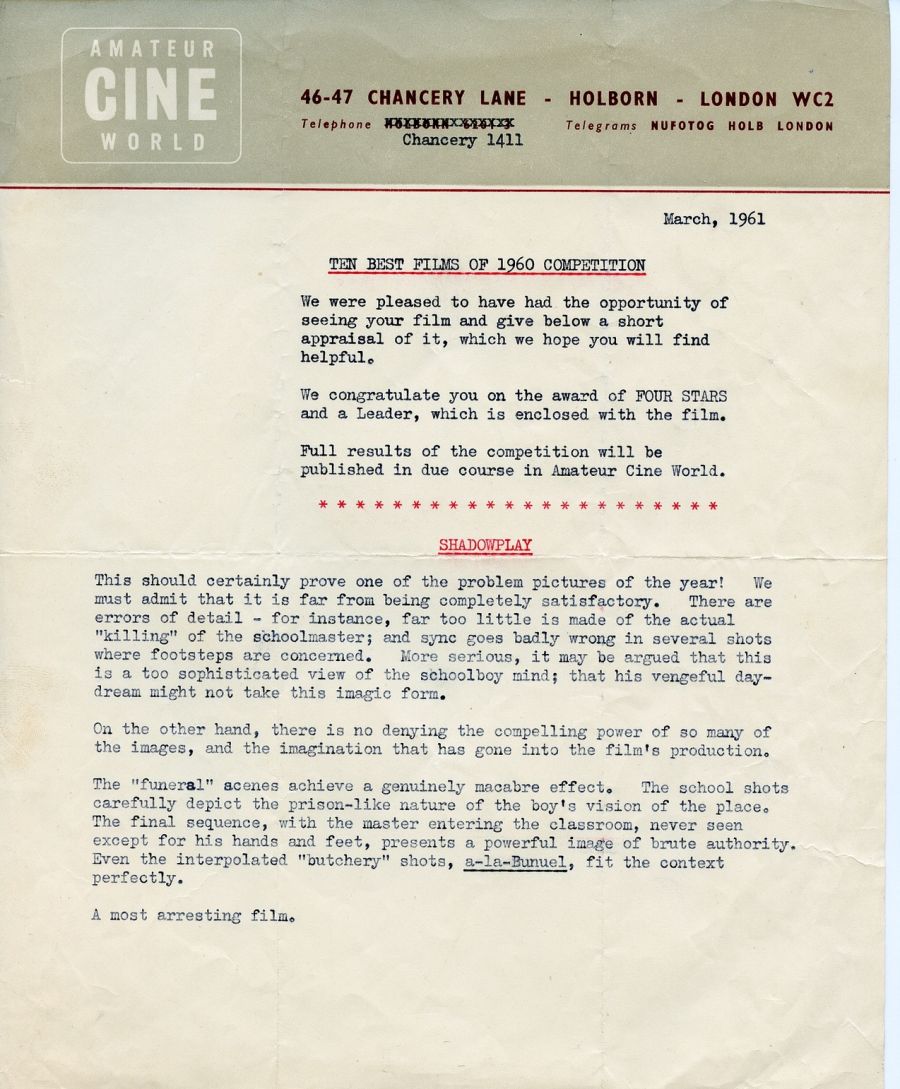