How I Saved The Life Of Allen Ginsberg… Well, Probably… Well, Maybe… 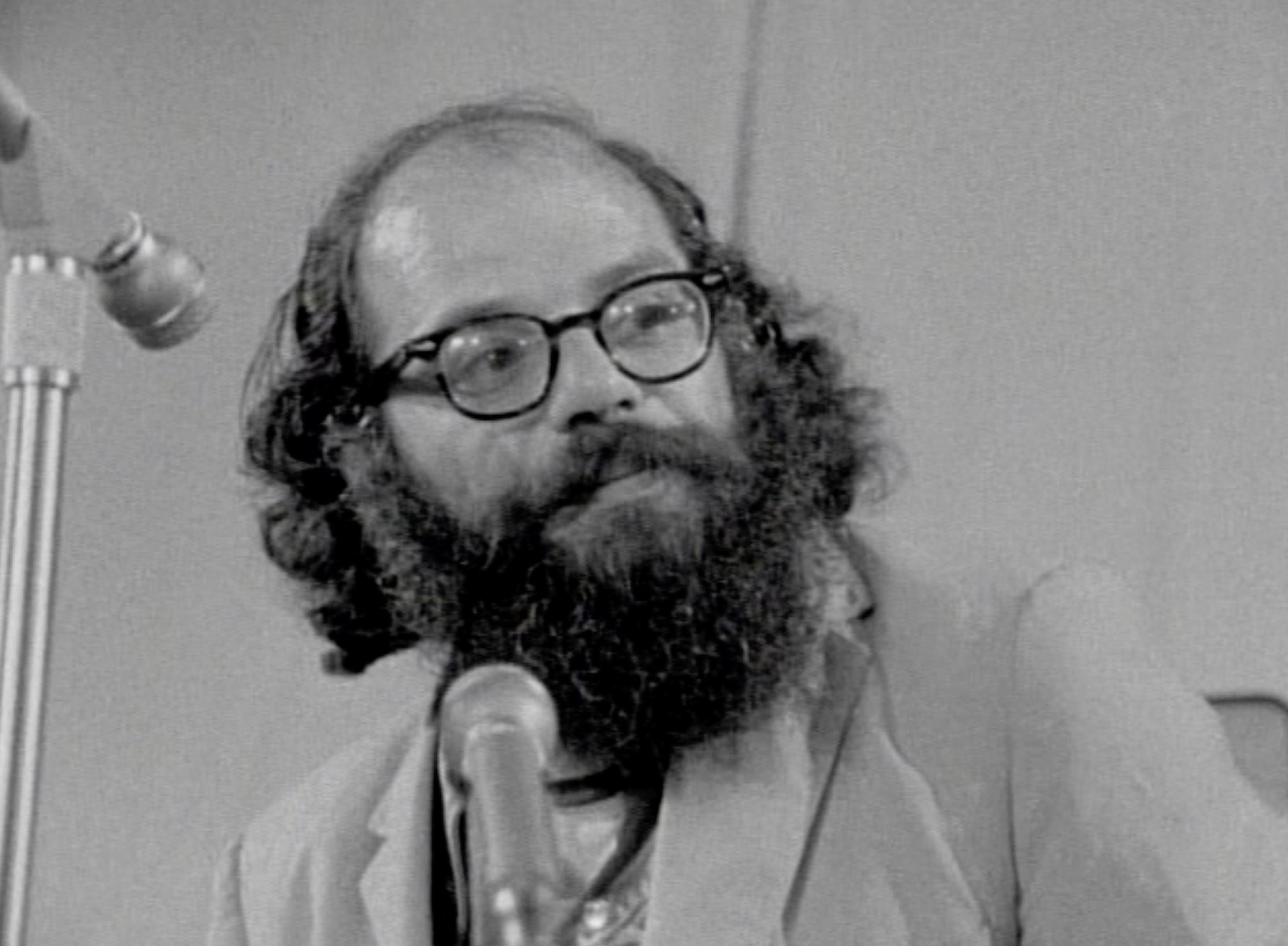 Extended article by Peter Davis taken from a celebration of the Roundhouse, Camden at 50.

In 1967 Peter Davis was filming the Dialectics when he became aware of a menacing figure on the Roundhouse balcony.

I am filming at the Roundhouse. It is July 1967. The ominously named Congress on the Dialectics of Liberation and the Demystification of Violence is in full swing. 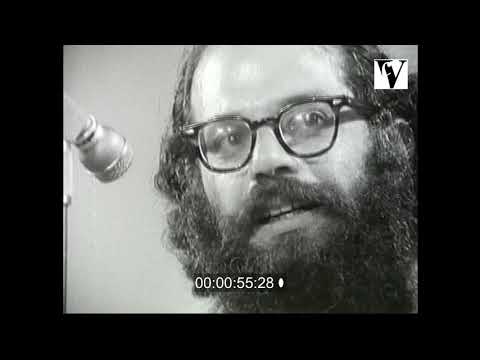 The brainchild of anti-psychiatrist R.D. Laing and his acolytes, the Dialectics has brought together a heterogeneous collection of vaguely defined international “Leftists”, anarchists, and drop-outs.  The great theme explored was the imbalance between “accepted” violence (often called “law-and-order”), which was the never-ending exploitation of people and resources, backed or fronted, by the forces of police and army, weighed against the protests of those who oppose institutionalised injustice. Such protests can range from civil disobedience to armed rebellion, but whenever they occur they must be crushed by the power structure.

But now, back to July 1967. I am alone in a wide, dim, deserted gallery, filming the action below. My immediate subject is Allen Ginsberg, poet, guru, anti-warrior.  To nineteen-sixties youth, he is the iconic figure of the counter-culture, to others he is a bearded, unwashed, pot-smoking pansy whose very existence is cause for nausea.

In the spacious arena down there, rows of devotees are sitting on chairs or on the floor, cross-legged, some with eyes closed, hands palm upwards, as Ginsberg intones his mantra:  “Oooom”  (breathe) “Oooom…” The sound wafts up to me in the gallery above. It is meant to be a calmative.

Suddenly I am aware that I am not alone in this dimmed space. From the other end of the gallery there looms a gaunt figure, and I can make out that he seems to be swearing in what seems to be German. As he approaches, I see he is carrying a brick menacingly, and as he gets nearer, I am convinced that he is about to toss it down onto the crooning crowd below. I go to the edge of the parapet and yell “Look out, there’s someone going to throw a brick!” – but they are the groundlings below, I am in the gods, and the voice of doom from the gods is drowned by the vocal haze of the perpetual “Ooooooom” rising to Ginsberg’s Buddhist heaven. So I decide to tackle the man, who is now very close and rather big, and try to grab the brick from him. 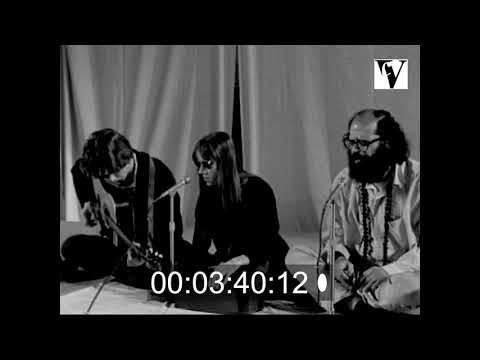 Problem is, I have a 16mm Bolex camera in one hand and a still camera dangling from a strap on my shoulder. Effectively, I am one-handed. We are now body close and my opponent grasps what I intend, or maybe he just reacts when I tackle him.  He strikes at me with the brick, hitting me on the right hand – the first finger is bent a little westward to this day.  At the same time, he snatches the still camera off my shoulder, and tosses it, instead of the brick (maybe I had succeeded in making him drop the brick), over the parapet at the crowd below. (I learned later that it hit an inoffensive Indian on the head.) We are by now struggling and help arrives in the form of psychiatrists David Cooper and Joseph Berke, who calm the man down. Later, I am told that the man who attacked me (or maybe more correctly, I attacked him) is a Norwegian seaman, a patient known to Berke and Cooper.

Now, of course, I can’t say for sure that the Viking schizophrenic’s brick would actually have hit Allen Ginsberg, but there was surely a good chance. Or even someone else, an even better chance, given the crowd, given the fact that my less lethal camera did hit someone.  So I must have saved someone from serious fracture.

While there was some verbal violence on occasion at the Dialectics, in exchanges with the audience, and even behind the scenes – this personal assault was, I think, the only act of physical violence during the entire ten days of the Dialectics.

Emmet Grogan’s declaratory “violence is, and will always be, necessary to tear away the shreds of myth and absurdity that we have been encased in since we were born” sounds now, as then, bombast, reminiscent of fascist ecstasy. The message of the Dialectics was an analytical one, pedagogical, hardly activist at all, and certainly not violently revolutionary. The gaunt creature that stalked the gloom of the upper gallery of the Roundhouse was a demented individual, no more. Nothing proclaimed or enacted at the Dialectics could have foretold the thrill-seeking viciousness of the Baader-Meinhof gang or of Carlos the Jackal a few years later.

And yet, and yet – it was less than one year before the annus mirabilis of popular uprising of 1968, that great outpouring by a new generation that had absorbed many of the ideas wafting up from the auditorium and around the gallery, blowing in the wind at the Dialectics.

This is an excerpt from an article written by Peter Davis in 2011 to coincide with the release of his documentary, the Anatomy of Violence. Soon after writing Peter received a phone call from someone revealing himself as the man with the brick in his story. He explained that he was in a poor mental state at that time but he was grateful that someone stopped him from doing anything he’d regret.

Peter later visited him in Los Angeles, where he lives in retirement from being a longshoreman, and devotes his life to painting. Peter found him the most considerate and congenial of hosts.